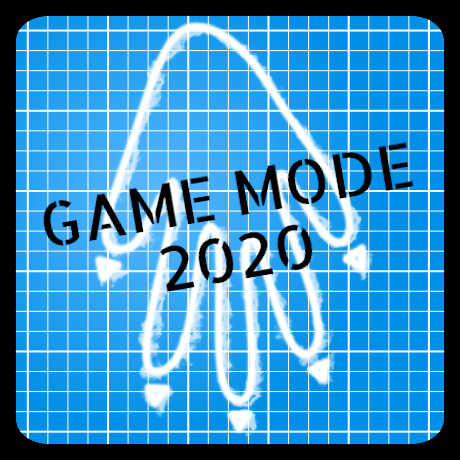 We're excited to announce GAME MODE 2020, an event where our entire development team drops everything they're doing for the month of June and joins forces to build a game. We're inviting the community to join in the fun: coding, designing, and (of course) playtesting.

The majority of development time at MousePaw Media goes into building the game engine that will serve as the foundation for ambitious future projects. GAME MODE provides a break from the routine, and allows us to get in touch with our first passion: to create amazing games.

This year, we'll be developing DiamondQuest, a math-focused platformer built on the philosophy of "accessibility-first". The goal is to create a game that provides a first-class video game experience to players with motor impairments, for whom mouse gestures, keyboard combinations, or reflex actions are difficult or impossible. Even so, DiamondQuest is designed to be fun for everyone!

As to its educational goals, DiamondQuest will provide a relaxing and adventurous environment to tackle something students ordinarily hate: the all-important math drill practice. Most similar games try to lend excitement to math drills with timers and a sense of urgency, but this can trigger sympoms of math anxiety, further hampering learning. DiamondQuest will take a different approach: a rewards-based system that encourages players to keep going with the promise of treasure to be discovered.

Design-wise, DiamondQuest draws inspiration from mining-based platformer games like , but with an emphasis on the wonders of the underground. It will feature 16-bit-inspired artwork, keyboard-only gameplay, and an original score. The first version, produced during GAME MODE, is likely to keep things simple, but we hope to set the stage for future expansion.

So, is it possible for us to build DiamondQuest in just one month? We're certainly going to try, and we would love if you'd join us. The entire game will be developed as an open source, Creative Commons project. We welcome help with everything: coding (in Python), artwork, music and sound, packaging and distribution, content development, and everything in between.

If you're interested, please follow our Contribution Guide to connect with our development network. You're encouraged to join in the conversation on Phabricator, in the Lobby chatroom. Questions and comments may also directed to info@nullmousepawmedia.com.

Further details, including possible live coding sessions, will be announced over the coming weeks. If you want to follow our progress, we'll also be posting live development updates on DEV and social media.

Read the announcement on DEV.